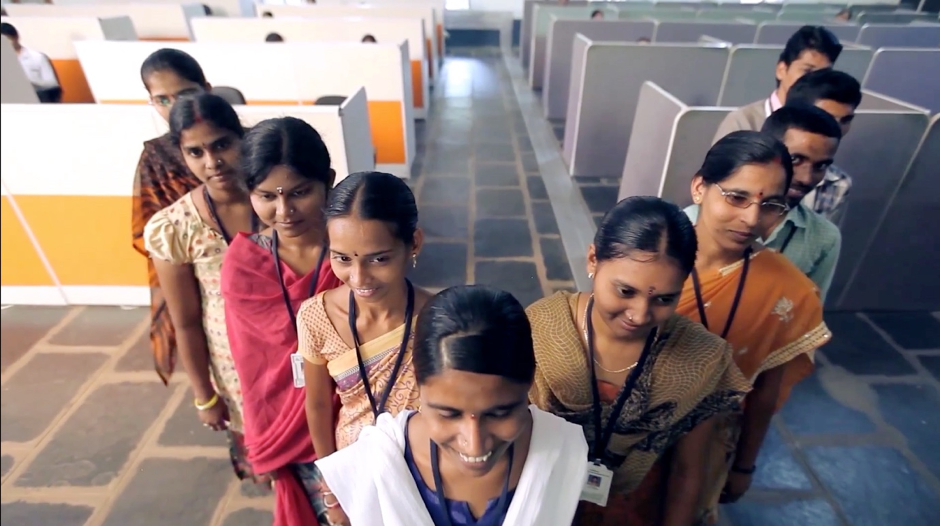 For the past three months, we proposed ideas in the sectors of education, gender, and livelihood to bring about the rural reset. In this, and the last piece of the Rural Reset Series, we want to stress the importance of partnerships and collaboration to shape a new reality in rural India. Check out our LinkedIn page every Wednesday as we delve further into the below-mentioned topics.

“Women belong in all positions where decisions are being made.”

A statement by the UN revealed that women’s economic empowerment has the potential to increase economic diversification and income equality in addition to other positive development outcomes. While moving forward with any developmental intervention, it is essential that we address this huge gender divide that is present in our society. Women’s participation in the workforce is currently at 28% as per a report by Forbes magazine. The question remains, what is the cause for India’s gender gap in the workspace and how can organizations address this issue?

As per the 2011 census, women constitute nearly 48% of the total population of India. It is essential to realize that if we are denying women opportunities to enter into employement then we are denying opportunities to nearly half the potential workforce. This will have plausible implications on the economy and GDP of the country. The United Nations estimates the global gender divide costs the economy of a country nearly 15% of its GDP. The International Monetary Fund (IMF) suggests that India’s GDP could potentially increase by 27% if women participated in the economy at the same rate as men. Unfortunately due to COVID, this overall gender gap has further increased. A study by Oxfam India suggests that the economic loss for women employees during the pandemic has been about 216 billion dollars, which constitutes 8% of the country’s GDP.

Experience of women in the workspace

A study titled “Rewriting the rules: Women and Work” attempts to understand the causes of India’s low female participation in the workforce. The study attributes the low participation to (1) the patriarchal nature of society which restricts women’s agency, mobility, and freedom to work (2) the increase in household income which makes people question the value of women’s entry into the workforce (3) the unequal distribution of work and care in the home, which is generally unpaid and unappreciated, and finally (4) the lack of quality jobs for women in the workspace because of the gender divide.

In a historically patriarchal country like India, the responsibility of household work falls upon the woman. A global trend reveals that 66% of the work done by women is unpaid in comparison to their male counterparts which stands at 12%. A study by the Organization for Economic Cooperation and Development (OECD) states that in India, a woman spends nearly 6 hours a day on unpaid labour in comparison to 52 minutes spent by men. This unpaid labour includes taking care of children, doing housework, and caring for the sick. A recent trending cartoon by cartoonist Calin perfectly illustrates the difference in the workspace experience of men and women.

This unequal distribution of work halts female participation in the workspace. Data from the survey reveals that one out of three women in India would prefer to work in a paid job instead of being engaged in housework. The unpaid labour also contributes vastly to the gender gap, especially in secondary education. This perpetuates the cycle of inequality in the country.

How do we address the gender divide?

It is essential that we recognize that work experience differs greatly between women and men in a workspace. In the present landscape, there is not a lot of scope for female employees to nurture their talents and skills. This is causing a reduction in employment in several sectors, including the technology sector. There is ample evidence that suggests that addressing this gender gap is not only beneficial for the women but the organisation and the overall country as well. Keeping this in mind, it is essential that organisations introduce provisions and policies that are gender-sensitive and friendly to promote and develop female participation in the workspace.

Provisions that are introduced should ensure that the workspace is safe for female employees. For a woman who is starting a family, support and provisions need to be provided in the form of maternity leave, office creches, work from home options, etc. Providing paternity leave for fathers is also a measure to be gender inclusive and reduce the gender divide at home. A study by Cornell University states that providing paternity leaves to fathers “can promote parent-child bonding, improve outcomes for children, and even increase gender equity at home and at the workplace. Paid parental leave for fathers, as well as for mothers, provides a real advantage to working families.”

A general trend that is observed in the workspace is that women often negotiate less and are less confident in comparison to their male counterparts. Many women entering the workforce in India are first-generation women workers, and thus it may be a very different experience for them.

For first-generation employees, there is a need for mentorship and guidance, especially from other women. This is often lacking in many establishments, more so in those where there is only one female employee.  This is another factor that can contribute to drop-out of women employees or the lack of female leadership in the workspace. To address this component, IndiVillage Foundation is launching the Women Mentorship Program which will have senior women employees from prominent establishments provide mentorship to female employees of IndiVillage. During the sessions, they provide guidance on how to develop their skills and succeed in a corporate environment. This is an initiative of, for, and by women to promote personal and professional development.

To help women cope with the stress of daily lives and provide them with a safe space, we have also introduced the concept of Lean in Circles. This space provides a platform for female employees to share their burdens with their colleagues and arrive at solutions within the circle before escalating it to a higher authority. They can also seek support from their peers as well as have the freedom to share thoughts, opinions, and concerns without any kind of judgments. We believe that all female employees at IndiVillage are leaders in some capacity or the other, and wish to enhance their skills and have a meaningful conversation within the space. Therefore, we hope that this gives them the motivation to give back to their communities and become changemakers within their own circles.

It is essential that organizations look at developing practices in collaboration with women that are gender-inclusive which will result in the empowerment of the woman, the organisation, and the country as a whole.