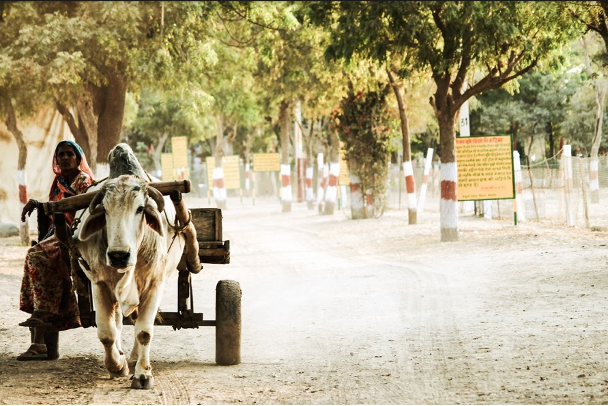 This article is part of our Rural Reset Series, where we evaluate forward-looking, long-term solutions to the issues and challenges facing the people of rural India. Check out our LinkedIn page every Wednesday to find proposals for innovative solutions in the areas of education, gender and livelihoods.

For the nearly half million Indians who were employed at the start of the pandemic, work looks a little different than it did a few months ago. An estimated 122 million Indians lost their jobs at the start of the national lockdown in April, primarily small traders and wage laborers. The images of the millions of migrant workers forced to endure starvation, dehydration and fatigue as they walked back to their native villages still remain emblazoned in many of our minds. And even for salaried workers, the economic fallout from the pandemic has only continued, with an estimated 5 million salaried workers losing their jobs during the month of July.

While the pandemic has certainly created a precarious situation for millions of India’s workers, the situation pre-pandemic was already difficult. 2020 saw the end of a multi-year trend of jobs, and thus workers, moving to urban areas. This shift has only served to widen the rural-urban divide and create a massive drain of brain and manpower in rural villages. India also remains a nation whose economy is dominated by an overwhelming majority of informal work. Out of the national total 465 million workers, around 91% (422 million) were informal workers in 2017/18. As the pandemic illustrated so clearly, these informal workers find their employment status increasingly insecure and subject to forces out of their control.

Looking forward to a post-COVID world, it is time to re-think the way we work in this country. Through a robust economic recovery, we have the power to provide benefits and protections to informal workers and re-distribute attractive livelihood opportunities to areas outside of urban centers. Below we briefly introduce three ideas that we believe have the potential to transform how livelihoods are earned in rural areas. In doing so, we hope that they may build an economically stronger, more equitable society.

At the start of the nationwide lockdown back in March, India saw the reversal of a multi-year trend of jobs and workers moving to cities in search of opportunity. Seemingly overnight, jobs and wages in urban areas dried up completely. And what followed was millions of migrant workers, who onced crossed state lines and moved many miles from their native villages, making that long trek back to their homes and families. The relaxation of nationwide restrictions has led some employers to hire back their low-wage employees. However, many workers remain stranded in their native villages in search of ways to make a living.

This mass exodus from India’s urban areas need not be an economic death sentence. India’s rapid urbanization over the last decade has certainly led to the growth of industries and opportunities. But the benefits of urbanization have come at the expense of the millions of rural villages and towns that remain home to the large majority of Indian families. This year’s migrant worker crisis provides us with an opportunity to invest in these workers by investing in their native villages. By creating opportunities in the communities where people already live, we can economically empower millions and transform rural India into an economic powerhouse for the entire country. We must start by supporting local ventures with skills and capital, and leveraging the existing talents of rural populations.

Can COVID provide an opportunity for the growth of the Agrarian sector in India?

India is an agrarian economy with 70% of the population dependent on agriculture as their primary form of livelihood. 82% of India’s farmers are small scale and marginal farmers. In 2020, while a majority of industries have taken a severe hit due to the ongoing COVID pandemic, the government has stated that the agricultural sector is expected to grow 3-4% in the next year. This is 60% higher growth than the non-agrarian sectors in the country. The government attributes this growth to a good monsoon which increases the availability of water resources in the rural areas. However, there is also another aspect to consider.

One entrepreneur, one village

A country observes a high economic growth when there is an increase in the quality and quantity of factors of production, namely, Land, Labor, Capital and Entrepreneurship. India being a rich country in terms of land and labor, has seen a gradual increase in capital and entrepreneurship over the past decade, but mainly in the urban sector. With nearly 70% of India’s population belonging to the rural sector, there is a need to focus on empowering rural communities to rise to the same level as their urban counterparts.

The idea of “one entrepreneur, one village” is simple. It’s a proposal to add a social initiative into corporate businesses run by entrepreneurs and to make this social initiative adoption of a village. In rural communities of India, there is a sizable lack in nourishment, literacy, infrastructure and livelihood opportunities. The country has witnessed large scale development and growth according to the numbers being portrayed, but the ground reality is much different. Policies are being made at the national level, time and again, but the trickle-down effect of implementation is low, despite the existence of Panchayati Raj. This decentralised governance, provides power at grassroot levels while also giving opportunities to minorities and women to voice out their opinions. But as this system is not standardised in each state, the overall development is impaired. The guidelines for schemes and policies are clearly set but implementation of the same has to be better. A major reason for this inadequacy is lack of motivation and awareness in the people. As seen in multiple cases across the country, an external force has generally aided in providing this motivation and awareness.