‘Tis the Season of Giving 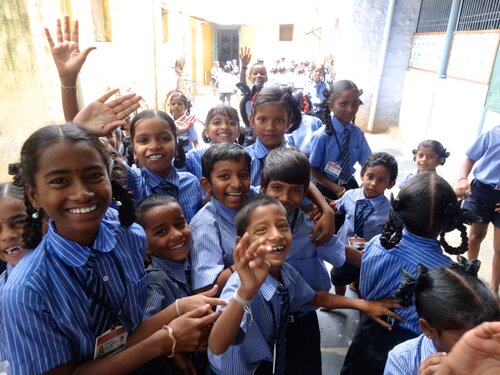 As we bid adieu to a tough year, we say thanks and celebrate those who have worked tirelessly in the background for the welfare of our communities. We invite you to join us as we explore different ways in which not only corporates and impact organizations, but also individuals can give back to the communities where they work and live.

2020 has been a very difficult year for people across the globe. There have been many upsetting occurrences that have been well documented in diverse forums. However, it has also been a period where people have come together in various capacities to help each other. Considerable donations have been made to government agencies such as the PM Care Trust or the CM Relief Fund, individual organisations, or even individual fundraising campaigns on platforms such as Ketto or Milaap. It didn’t end with just donations. Several people came forward to volunteer and give their time and efforts for various causes. Right from the distribution of rations or midday meals to the needy, volunteering to teach children virtually during the pandemic, and even taking care of our furry friends on the streets, we have all seen a new face of humanity.

As an impact organisation, we did our bit to help the community as well. IndiVillage has been grateful to receive support from community volunteers who participated in activities such as COVID-19 awareness campaigns. It was the efforts of these volunteers that helped IndiVillage reach out to provide medical supplies to the community when the lockdown was initiated, to help distribute masks to police officers as well as the general public, and to spread awareness regarding the importance of maintaining distance staying indoors to the people of Raichur and Yemmiganur.

During the pre-COVID era, this time of the year would be one filled with celebrations. Rejoicing the end of a wonderful decade, beginning with Navaratri or Dussehra, and continuing the festivities through Diwali, Thanksgiving, Christmas, and ending with a bang on New Year’s. But the pandemic resulted in us adapting to new work and life at home, and so we attempt to adapt the celebrations as well.

While the kinds of celebrations are new, the true essence and spirit of the festivities and celebrations have not been lost, especially when we stand in solidarity with those in need. While there have been many hardships this year, it’s important to take a moment to recognize and celebrate this spirit and the acts of kindness and generosity that we have seen in several forms throughout the year. So, we end the year with our final set of blog posts as a tribute to those who came forward during this period, and we encourage others to continue doing so in the upcoming year!