A call for more female leaders in rural society 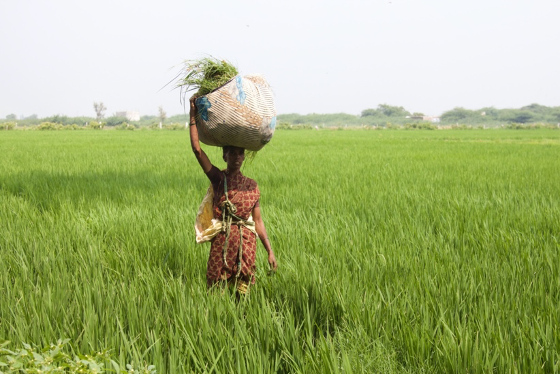 In pre-independent India, in the quaint village of Naigoan, a nine-year-old girl was married off with no education to support her. Despite oppression by the British, class divisions, the roaring caste system and knee-deep gender inequality, this warrior founded with her husband, at the age of 17, the first school for girls in India. Savitribai Phule, widely considered the mother of Indian feminism, has been a role model and has built an unshakable foundation for the growth of women in India. Though India has grown manifold since the Phule era, the predicament of women in rural India remains.

India has long been a superstition-ridden society with an invisible cloak of culture binding women, especially women in rural areas. Time and again, government schemes and projects have been initiated to focus on uplifting the status of rural women. However, the impact of these actions has not seeped through deep enough. One reason for this, is that it is not considered natural or culturally appropriate for women to stand up and seek what they desire. All through history, women have been told what to do and what not to do. And more often than not, men have been the ones dictating the norms. Rural women have been quietly running small businesses, farms, families and households without any recognition of their prevalence and power. By altering this dynamic and increasing the abundance of female leaders and role models in rural society, we can observe a real change for women.

One way that women can take the lead in their communities is through involvement in local governance organizations. A clear example of the benefits of women’s leadership within these organizations is through the introduction of reservations for women in the Panchayati Raj. Through the structure of the Panchayati Raj, locals directly elect members to councils that are then responsible for decision-making an array of public good decisions from budgeting to social services such as education and primary health care. With the 73rd Amendment, required that a fraction of all seats at all levels be reserved for female members. The introduction of this reservation has had a huge impact on the involvement of women in community building. It has been found that villages with women Pradhans are twice as likely to have addressed a request or a complaint as compared to their male counterparts and this difference is significant. This scenario shows that the political communication is influenced when the leaders and the citizens are of the same sex. Women who run households or have issues are more likely to go to another woman to find solutions to their problems. While this is a micro-level solution, the increasing participation of women in such governance organizations across the country has the ability to create a domino effect. These female Pradhans have stood up as some of the first role-models for a new generation of rural female leaders.

Another area in which rural women have the power to take the lead in their communities is as entrepreneurs. Millions of rural women have been modestly undertaking entrepreneurial ventures for years. However, in order to firmly establish themselves as entrepreneurial leaders in their communities, women after require more than an enterprising spirit. Programs like the National Rural Livelihoods Mission (NRLM), have organized millions of rural women into self-help groups (SHGs) to provide loans and support to women from their own communities. While SHGs are a great start, rural women often require more than capital and support in order to successfully manage their enterprises. Nearly 1 in 4 Indian women remain outside of the formal financial system. By providing women entrepreneurs with digital financial literacy tools and training, these women can more flexibly and effectively manage the financial end of their enterprises. And private sector actors also have a role to play in the promotion of rural female entrepreneurs. Impact investors, incubators and large-enterprises alike have the resources and responsibility to support these women by providing advisory services and access to emerging technologies.

Promoting entrepreneurship among rural women is not just good business, it creates new female community leaders and improves the wellbeing of these women and their families. The Brookings Institute found that programs aimed at increasing women’s participation in entrepreneurship not only increased women’s earning potential but also their self-confidence and positive perception of their societal roles. And that’s not where the impact ends. An International Labor Organization (ILO) policy brief on rural women’s entrepreneurship noted that entrepreneurship legitimizes women’s control over resources, giving women more agency and autonomy over theirs and their families’ healthcare and education decisions. These women also become role-models for younger girls and expand their perceptions of the role of women in their communities beyond traditional norms.

Indian women have the power to be the drivers of the fastest growing economy in the world. What they require is the leadership and support to seize upon this power. It is human nature to seek answers or help or validation in all our actions. Having someone to follow, provides us with the motivation and a little nudge in the right direction. And this is exactly what the rural Indian women need. Strong role-models can help to bring about political, economic, social and financial independence for women in rural areas of India. Women and non-women alike thus need to realign to focus on the support and promotion of women in their lives and communities. The next generation of rural girls and adolescents will follow our example.